Hidato (also known as Hidoku) is a logic puzzle game invented by Dr. Gyora Benedek, an Israeli mathematician. The rules are simple: given a grid with $n$ cells some of which are already filled with a number between $1$ and $n$ (the first and the last number are circled), the player must completely fill the board with consecutive numbers that connect horizontally, vertically, or diagonally.

We prove that the corresponding decision problem $\sf{HIDATO}$ : “Given a Hidato game that fits in a $m \times n$ grid, does a valid solution exist?” is $\sf{NP}$-complete.

The construction steps are shown in Figure 3. 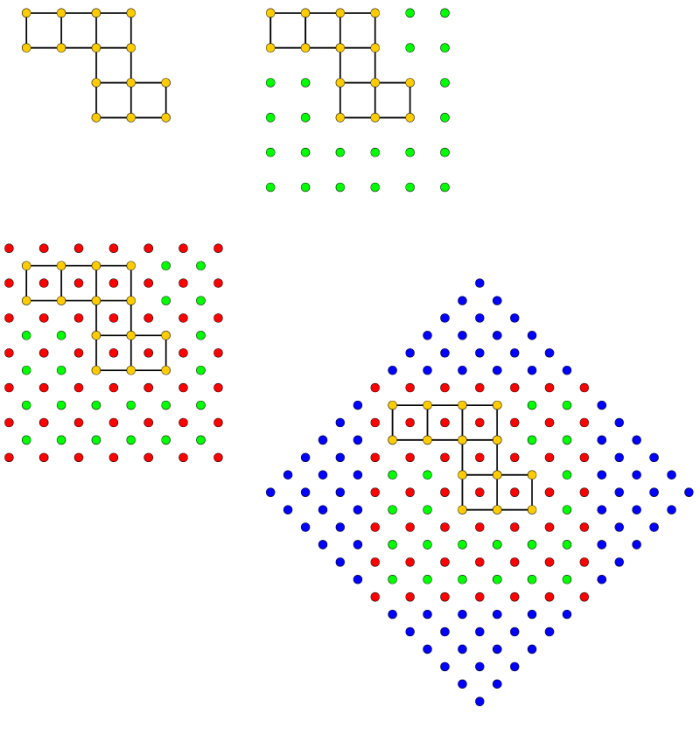 ($\Rightarrow$) suppose that $Q’$ has a valid solution; then the first number of the solution is the node $t$ of the original graph and it must be numbered $c+1$ (previous numbers are all fixed); then the next empty cells can be reached only through the diagonals of $Q’$ which correspond to the orthogonal edges of $G$. Each cell is uniquely numbered, and the final cell of the solution is $s$ (numbered with $c+|V|$), so the sequence of cells determines a simple path from $t$ to $s$ in $G$, but the two nodes are connected, so it is also an Hamiltonian cycle.

($\Leftarrow$) suppose that $G$ has an Hamiltonian cycle, then it is enough to follow it from node $t$ to node $s$ and mark the corresponding cells with number $c+1, c+2, …, c + |V|$. By construction the numbers $1,2,…,c$ are valid, and the next numbers (corresponding to the Hamiltonian cycle) are valid, too, because orthogonals moves on $G$ correspond to valid diagonal moves on $Q’$. 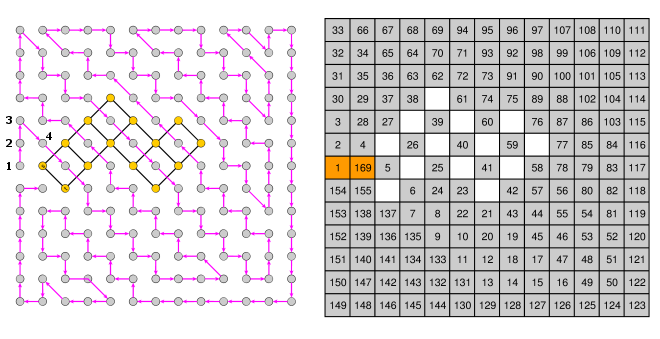 Figure 5: The final Hidato game $Q’$ which has a solution if and only if the starting graph $G$ has an Hamiltonian cycle.

The construction of $Q’$ from $G$ can be done in polynomial time (the sets $H, K$ can be calculated in $O(w^2)$, and the calculation of the initial fixed $c$ numbers takes $O(w^2)$ time, too, so Hidato is $\sf{NP}$-hard.
If we assume that the input of the game is given with an array of $m \times n$ integers containing the initial fixed numbers of the cells (0 if the cell is empty), then it is easy to see that a solution can be verified in polynomial time ($O(m \times n)$).

So if the input is given as an array of integers and we drop the unique solution constraint Hidato is $\sf{NP}$-complete.

A final note: if we add the constraint that the solution must be unique then the problem is  US-hard (Unique Polynomial Time), but US contains co-NP, so it is co-NP-hard, too and therefore unlikely to be in NP.